Workers' Compensation: What You Need to Know Part 4 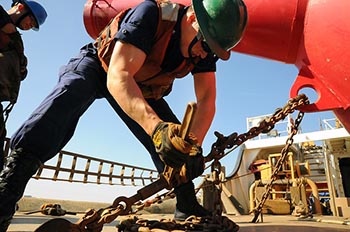 In our series on Workers' Compensation, we've answered many of the most common questions we hear. We've walked you through the basics of what WC is and when the program was created, the differences between partial and total disability, and even taken a look at occupational diseases and other health issues not normally thought of as "workplace-related injuries".

Today, we'll be looking a little more in-depth into how a claim is filed, the 2007 changes to the Workers' Compensation Act, and what it means to have a "change of condition." First, though, let's answer a quick question about the Second Injury Fund.

Second Injury Fund? What is That?

The Second Injury Fund was created in order to provide further financial relief in the case of claims that had inordinately large costs due to the employee who was injured having already suffered a previous injury. Originally conceived as a way to encourage employers  not to discriminate against those with disabilities that may have been caused by previous injuries in the workplace, insurance carriers and employers would be reimbursed out of this fund. With the passage of the federal Americans with Disabilities Act, which outlaws discrimination based on disability, this particular incentive was deemed no longer necessary.

As part of the revisions to the Workplace Compensation Act (more on those changes next), the Fund was terminated as of July 1, 2013. The last date for injuries to be eligible for the Second Injury Fund reimbursement would have been June 30, 2008.

What Are the Changes to Workers' Compensation?

In 2007, the South Carolina legislature revised large parts of the Workers' Compensation Act, with the changes made applying to injuries on or after July 1, 2007. Some of the more notable changes included:

You can read a short piece on the changes here, or see the original legislation online here on the South Carolina state government website.

How is a Claim Filed?

First things first — if an employee is injured or becomes very ill while performing job-related duties in your workplace, immediately report the accident or illness to your supervisor or employer. Any hesitation on the part of the employee to report the accident or injury could jeopardize his or her ability to receive payments for medical fees or other compensation under the Workers' Compensation Act.

Failure to report an injury within 90 days of the time the employee knew, or should have known, of the injury to the employer may bar the employee from bringing a claim.  Every eligible workplace should have forms to fill out in the event of a workplace injury, and any employee who has become injured should ensure that they fill out the proper documentation and have a copy made for his or her own records.

If an employee reports an injury but their supervisor or employer does not acknowledge it,  the employee should speak with HR or someone higher-up within the business or organization. Do not wait or just trust that everything will be written down accurately. If an employee is unable to receive acknowledgement of their workplace injury from their employer, HR, or anyone else connected with their place of employment, it is important that they speak to someone as soon as possible about the problem and make sure the report is documented in writing.

In addition to the 90 day notice requirement, formal claims for compensation under the Workers' Compensation Act must be made within two years after the accident or date of death. Failure to comply with the timeliness statutes could negate any possible award or other compensation.

How is My Case Decided?

After a hearing request is filed, a hearing will be set in 3-4 months before a Workers' Compensation Commissioner.  The Commissioner will decide all of the issues raised by the parties.  The decision of the hearing commissioner may be appealed by either party for review within 14 days. The appeal will heard by a panel of three different Commissioners at the WC Commission's offices in Columbia within 4-6 months.  If the injury occurred before July 1, 2007, the decision of the Appellate Panel may be appealed to a circuit court, but if it occured after that date, the appeal will next go to the South Carolina Court of Appeals.  The Court of Appeals decision can only be appealed to the Supreme Court of South Carolina, the highest appellate court in South Carolina.

What if I Have a Change of Condition?

Sometimes, what appears to be a relatively minor workplace injury could turn out to be much more severe or have much longer repercussions than anyone could have known about in advance. In the case of the employee having a change of condition, a previously decided-upon compensation award may be reopened for further review. What counts as a "change of condition"?

A change of condition review may be initiated by any party, or even on the motion of the Commission. While it doesn't replace or act as an alternative to filing a timely appeal, it's still an important option to be aware of when dealing with long-term injuries or illnesses. The review may increase, decrease, or end altogether the ongoing payments to the claimant.

It is important to remember, when considering or looking into a change of condition review, that no review may be made more than one year after the date of the last compensation payment. The request for review must be filed within that 12 month period, although the hearing itself can take place after the 12 months has expired as long as the request was properly filed on time.

There's One Thing We Haven't Talked About Yet.

We've saved our absolute most common question for last. Next week, we'll end our series on Workers' Compensation by taking a look at the financial side of things — settlements. We'll take a look at the two primary methods of settlement, how settlements may be evaluated, and your options in the event of a suggested settlement. If you've been injured or become ill on the job and you'd like to speak with someone about Workers' Compensation, give Bluestein Attorneys a call. You can reach us by phone at (803) 779-7599 or schedule your free consultation just by clicking the banner below.