Workers Compensation: What You Need to Know, Part 2 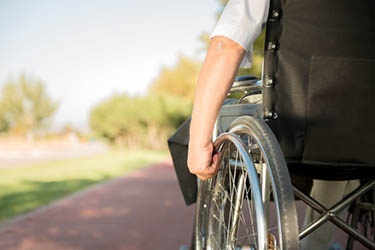 What Can Be Compensated?

As far as Worker' Comp is concerned, it generally doesn't matter whether the injured party, a co-worker or the employer is at fault for an injury — an employee may expect compensation for personal injury or death that arises due to and during the course of his or her employment. There are some exceptions: if the employee is injured due to intoxication, horseplay, or in a fight where the employee is the aggressor then compensation may be denied.

Workers' Compensation is designed to pay for necessary medical treatment, loss of wages during the employee's period of disability, and to compensate in the case of permanent disability or disfigurement. Employees are generally eligible for compensation at 66 2/3% their weekly wage prior to injury when they are unable to work for more than seven days. The 66 2/3% amount cannot exceed the state of South Carolina's average weekly wage as established each year by the SC Employment Security Commission. As an example: for accidents that occurred during 2016, the maximum compensation rate would be $784.03. If the period of total disability exceeds fourteen days, the employee becomes eligible for compensation beginning from the date of the accident or injury itself.

What is Total Disability?

There's a fairly common misunderstanding about total disability, with the assumption that it requires the employee to be essential totally helpless in order to be eligible. The South Carolina statutes that define total disability do not require total helpnessness, but are generally understood to mean an "inability to perform services other than those so limited in quanlity, dependability, or quantity that a reasonably stable market for them does not exist." (Coleman vs. Quality Concrete Produts (1965)). In other words, you don't have to be unable to perform basic tasks at home, but you do need to be physically unable to perform workplace duties. Examples of total permanent disability include:

A commissioner can provide this or other disability determinations based on the unique loss or impairment to the whole person. The maximum award for total disability or death is limited ‐ by law, it can only last up to five hundred weeks of compensation, although this does not apply to workers whose injures have resulted in quadriplegia, paraplegia, or physical brain damage. These workers may receive their benefits for the remainder of their lives. The actual rate of compensation will be determined by looking at the injured employee's average weekly wage, and cannot exceed the aforementioned average weekly wage in South Carolina for the year in which the injury occurred.

What is Partial Disability?

For a disability to be declared partial as opposed to total, it will generally be an impairment or injury that leaves the employee unable to perform the full extent of their pre-injury on-the-job duties. The amount of compensation for partial disability or disfigurement can vary. These rates are generally established by schedule and are limited by statute or Commission regulation. The amount awarded to the employee will usually be made in terms of the weeks or compensation to which the employee is entitled based on how extensive the disabling injury is. When seeking a settlement for a claim of permanent partial disability status, there will often be non-binding mediation or informal conferences between the injured employee, a representative of the insurance company, and a Commissioner or claims mediator.

How Can I Know if I Have a Case?

If you've been injured on-the-job, it's important to speak with someone about your situation as soon as possible. At BNTD Law, our experienced Workers' Compensation team would be happy to speak with you about what happened, the circumstances involved, and what your next steps may be. You may reach us by phone at (803) 779-7599 or contact us online to schedule your free consultation.

Continue watching our blog for more in this continuing series answering your common questions about Workers' Compensation. Next week, we'll handle loss of earning capacity, occupational illness as opposed to injury, and job-related health conditions that are not generally thought of as "accidents", such as heart attacks, strokes, or other physical issues.