Workers' Compensation: What You Need to Know, Part 3 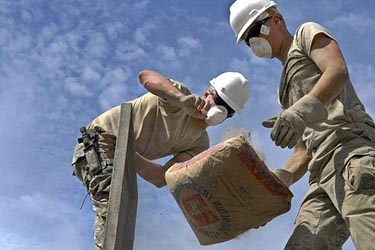 One of the most important protections that you have access to as an employee in South Carolina is Workers' Compensation. In the event of an on-the-job injury or illness that is directly related to your work, it may enable you to mitigate the financial effects of being out of work by paying you a percentage of what you made while working during the time of your disability.

In our first two blogs on the subject, we walked you through the definition and history of the program and who is covered by it, then answered some common questions about the difference between total and partial disability when it comes to Workers' Compensation claims.

Today, we'll look at workplace illness, as well as those conditions that can be caused or exacerbated by workplace environment and other issues, such as strokes, heart attacks, and mental problems.

What Happens If I Lose my Ability to Work?

While an employee will hopefully fully recover after a workplace-related illness or injury, sometimes total recovery isn't possible. If an employee has suffered an injury to two or more body parts and is able to return to work but unable to earn him or her the kind of wages they were making pre-injury, the employee may be entitled to recover 2/3 of the difference in their average weekly wage prior to the accident.

This compensation will not go on forever — the compensation will cap out at 340 weeks if a partial loss of earning capacity.  If a total loss of earning capacity then the cap is increased to 500 weeks. In either case the weekly benefit from workers' compensation cannot be more than the average weekly wage for the State of South Carolina in the preceding fiscal year. In our first post, we gave an example of this: this amount is $784.03 for injuries that occur in 2016.

What is Occupational Disease?

One tragic historic example would be the Radium Girls, whose workplace duties involved creating "glow in the dark" watch dials by directly painting radium onto the watchface. Many fell ill afterwards and it directly influenced the Workers' Compensation program nationwide. Indeed, the Radium Girls had such an effect on workplace protections that they are considered one of the reasons that injury from harmful exposures to ionizing radiation is also defined and given particular attention under the Workers' Compensation Act.

Are Other Health Problems Covered?

The Workers' Compensation Act provides for compensation in several categories of injuries that are not generally what would be considered "accidential". These include but are not limited to heart attacks, strokes, heat stroke, sunstroke, heat exhaustion, mental breakdowns, and hernias.

In order to receive compensation during recovery from a heart attack or stroke, an employee must show:

In short, the employee will be required to prove that unusual exertion of strain as a result of conditions of employment either caused or contributed to the cause of the heart attack or stroke.

In the case of heat strokes, heat exhaustion, and sunstrokes, the employee must show that they were subjected to extreme and high temperatures created by artificial means in a place where they were required to be — and they must also prove that the exertion of workplace duties alongside this unusual and extreme high temperature was the cause of them being overcome by the heat. A good discussion of the causation necessary for heat strokes and heart attacks can be found in Holley v. Owens Corning Fiberglass (1990).  In Holley, the court awarded the widow of Wilton Coke Holley death benefits under the Workers' Compensation Act after the extreme heat and exertions at his workplace were ruled to have directly contributed to his death.

When it comes to mental inuries, an employee may recover benefits if they can show the mental injury was induced by a physical injury or caused by unusual or extraordinary conditions of employment. The first case to address this issue was Stokes v. First National Bank (1991).   In that case, the Court explained that an upcoming merger between two large banks meant that one management-level employee, Danny Stokes, was forced to take on a truly extraordinary amount of work, leading to him working upwards of 16 to 18 hours per day. During the hearing, one of his coworkers described his workload as "more work than was humanly achieveable by one person" and Mr. Stokes later suffered a mental breakdown.   The Court held that it would apply the same standard used for heart attack cases to those cases in which an employee suffered a mental injury with no accompanying physical injury.

Finally, we come to hernias. It is possible to recover benefits for a hernia under 42-9-40 if the employee can show that the hernia resulted from an accidental injury that arose out of and in the course of employment and:

I Suffer From A Work Injury or Disease. What Now?

First things first, do not wait to speak to someone about your Workers' Compensation benefits. Time may be limited when it comes to filing your claim. If you're looking for advice on what to do next and you or a loved one are suffering from a workplace-related illness or injury in South Carolina, BNTD Law is here to help. We'd be happy to speak with you about your situation and advise you on what steps you may need to take next. You can reach us by phone at (803) 779-7599 or click the banner below to schedule your FREE consultation.