What is Subrogation in Workers' Compensation? 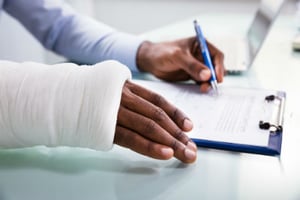 Although worker's compensation is the exclusive remedy against an injured worker's employer, there are some cases in which the injured worker can also pursue a claim against the at-fault.

This means that the injured worker may be able to pursue a recovery from both workers' compensation and the at-fault third party.

There is some overlap in the benefits that an injured worker can collect from workers' compensation and the at-fault, which means that the injured worker may recover twice for the same injury.  To prevent this from happening, the South Carolina Workers' Compensation Act provides that the workers' compensation provider has a right of "subrogation" and get paid back for the benefits it paid from any liability recovery from the at-fault third party.

What is subrogation in Workers' Compensation? How does the right to recovery work in these situations? Let's take a closer look.

What is Subrogation in Workers' Compensation?

This allows the employer and Workers' Comp insurance provider to potentially recover costs that the at-fault party is deemed responsible for.

For example: an employee driving a company vehicle at work who is hit by another driver.

Depending on the circumstances of the claim, it may be possible to compromise or reduce the amount of the third party recovery that has to be repaid to the workers' compensation provider in satisfaction of its subrogation interest.

Generally speaking, there are three types of Workers' Compensation claims potentially caused by a third party:

In each of these claims, whether it's a defective product, third-party property, or direct action or inaction by a third party, subrogation may be used to help the Workers' Compensation insurance provider recoup the costs of an injured employee's claim.

Bluestein Attorneys has experience working with employees suffering from an on-the-job injury or illness and helping injured workers navigate pursuit of a third party claim simultaneously with a workers' consultation claim.

Request your free consultation with a legal representative, and we'd be happy to speak with you about your workplace injury and what steps you may need to take next.