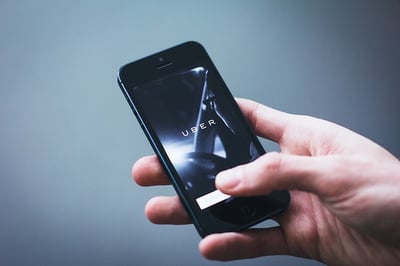 The shift to highly-automated workplaces and overall wage stagnation has been leading more and more individuals to choose freelance work as a primary or secondary job.

Since Uber and related companies classify their drivers as "independent contractors" and not traditional employees, they offer a measure of freedom (drivers choose their own hours and have some control over how much income they bring in), but also some very big risks.

Jobs that involve driving professionally also involve a heightened potential for vehicle collisions that could cause injuries, automobile damage, or worse and as independent contractors, Uber drivers may not be covered by state workers' compensation laws.

Let's Look at the Numbers

Most mid-sized and large cities have Uber and Lyft drivers on the roads, earning money and helping individuals get to their destinations safely. Columbia, South Carolina even has its own page on the Uber website, as our city has embraced it as a way to conveniently cut down on travel time.

Nationally, more than 1.5 million people work as independent contractors while driving for Uber. Jobs in the transportation industry, which includes driving for Uber, involve a much greater risk for serious collisions. They also face 200 injury-causing incidents per 10,000 workers, putting this category at the very top of "most dangerous professions", according to the Bureau of Labor Statistics.

Injured Uber drivers facing time off the job, medical bills, and a sudden loss of income may assume they simply have no recourse, as they are not considered employees as the term is traditionally defined.

When it comes to Uber, we are actually beginning to see some optimistic moves in the right direction.

While there have been rumors for some time about Uber considering implementing a system of providing opt-in Workers Compensation for their contracted drivers, it was only in 2017 that we saw concrete steps taken to put the plan into motion.

Uber is currently "testing" an optional protection program where drivers have the option to pay about $.0375 per mile they driver, with riders paying about $.05 more per mile, and in return the drivers receive Workers Compensation coverage.

With potential benefits going up to $1 million dollars, covering both the loss of weekly earnings and to help offset medical expenses, this pilot program has been viewed as a potentially important move by advocates of injured workers throughout the nation.

The program was initially implemented in only a few states, with our own South Carolina being of the first.

The Jury is Still Out...

We'll be keeping a close eye on this program moving forward, as we begin to see more accurate results as to how many drivers are using the program and how well it operates in providing a form of employee protection even in the "gig economy".

Bluestein Attorneys is a firm dedicated to Workers Compensation and advocating on behalf of South Carolina employees who have become injured or ill due to workplace events or conditions.

If you've been injured on the job or you're facing an occupational illness, Bluestein Attorneys is here to help. We'd be happy to sit down with you to discuss your unique situation, and work with you on deciding what the next best step is for you and your family.