The Deadly Impact of Contaminated Water at Camp Lejeune 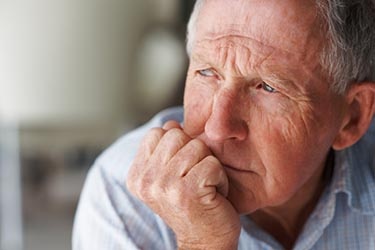 In two prior articles (previously published, as was this article, in the Columbia Star), we discussed the potential impact on Marines and dependents exposed to water contamination at Camp Lejeune between 1957 to 1987; examined the toxins found in the water; discussed the diseases that may result from exposure to those toxins; and made suggestions as to how you should present your case to the VA.

With the permission of our client, I will discuss his recent favorable decision by a Veterans’ Appeals Judge in which the Board of Veterans’ Appeals awarded service connection for chronic lymphocytic leukemia (CLL) and prostate cancer due to exposure to contaminated water at Camp Lejeune.

The Veteran was first diagnosed with CLL in July 2005 and prostate cancer in January 2003 [44 and 46 years respectively following separation from service]. The Board noted that the VA has acknowledged that persons residing or working at the US Marine Corps Base Camp Lejeune from August 1957 through December 1987 were potentially exposed to drinking water contaminated with VOCs, TCE, PCE and Benzene. The Board noted there are no definitive scientific studies that have provided conclusive evidence that an individual who served as Camp Lejeune during the period of water contamination developed a particular disease. Unlike Agent Orange, there are no “presumptive” diseases attributed to service at Camp Lejeune by statute, regulation, or VA policy.

In the absence of definitive scientific studies or a regulatory/statutory presumption, the Board turned to the medical evidence of record to make its decision.

The Board cited the 2011 adverse medical opinion of the VA examiner who cited the 2009 study by the National Academy of Sciences, National Research Council, which did not find clear evidence linking water exposure to leukemia. The Board also discussed the 2013 VA examiner who cited the absence of risks for CLL and long passage of time before a diagnosis. Both examiners were of the opinion that it was less likely as not that the CLL and prostate cancer were due to water exposure during service.

The Board then discussed the opinions of the Veteran’s private oncologist and an independent medical opinion by a private physician, both of whom supported service connection. The oncologist referred to the Agency for Toxic Substances and Disease Registry that noted health problems related to exposure to water toxins. The private physician referred to the American Cancer Society which listed known causes of CLL, including chemical exposure. The opinions were based upon a review of the Veteran’s medical file, referral to scientific literature and a complete rationale. Both physicians opined that it was as least likely as not the Veteran’s CLL and prostate cancer was due to exposure to VOCs, TCE, PCE and Benzene while stationed at Camp Lejeune.

Since the Veteran is terminal, the final decision was expedited from a Board hearing (August 2014) to Board decision (November 2014) to Rating Decision (December 2014). The Veteran was paid his past due benefits in December 2014. On behalf of the Veteran, I would like to express our profound appreciation for the VA’s expedited administrative due process. Most of all, I would like to extend my thanks to our Veteran for his service, sacrifice and willingness to share his story with other Veterans.

Cases like the aforementioned client are not stand-alone problems. Many Veterans find themselves suffering after their period of service, with issues arising sometimes months or years after they are no longer deployed, sometimes long after military service itself has ended. If you are a military veteran dealing with PTSD, physical or psychological injuries, or other issues resulting from your time in the military, you are not alone. You deserve dedicated legal representation. We have a team of attorneys and advocates for veterans here to help. You may reach Bluestein Attorneys by phone at (803) 779-7599 at any time, or simply click the banner below to schedule your free consultation.