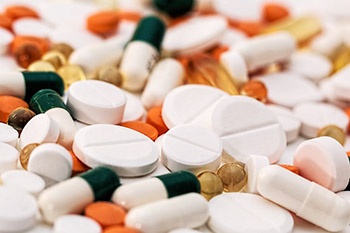 You Might Be Looking at Fines And Jail Time.

The obtaining of prescription drugs by fraud or deceit can lead to up to 2 years in jail and the possibility of a $500 fine for a first offense. Penalties can and do vary based on what type of controlled substance you've been found with, as well as how much of it you have. For instance, a first-time offense of an individual caught with a very small amount of a Schedule III drug may not lead to the full fine or jail sentence, whereas a repeat offender with large amount on his or her peron could be subject to harsher penalties.

Intent to distribute is a whole different matter. Whether you're selling or even outright giving away drugs, you could see an increase in potential fines and jail time. Selling drugs near a school or park is considered a serious offense, with a felony charge punishable with up to 10 years prison time and fines of up to $10,000. Do not ever share or distribute prescription drugs, even if you don't sell them. Even just giving a handful of pills to a friend "who really needs them" could lead to serious criminal charges.

Being caught with an intent to purchase without a prescription is also a crime. Buying an illegal substance, even from someone who does have a prescription for it, near a school or park is a misdemeanor offense, but is still punishable with up to one year in jail and a $1,000 fine.

Don't Lie to Your Doctor.

The rise of individuals who attempt to obtain prescription drugs by deception — for instance, lying to their doctor about symptoms they do not really feel or scheduling appointments with multiple doctors to get multiple prescriptions for the same drug — has led to laws being put in place to deal with this growing problem.

A first-time offense of obtaining drugs by deceit or fraud is a misdemeanor that could land you in prison for up to 2 years or lead to a $500 fine. Any subsequent offense, however, becomes a felony charge. The fine may be up to $2,000 and a prison sentence could last up to 5 years.

While the fines and jail sentences could derail your life, they don't have to. A legal representative may be able to help you with explaining the unique circumstances of your situation in a court of law and ensure that your individual rights are represented. At BNTD Law, we've helped to represent individuals charged with possession and other drug-related charges and would be happy to sit down with you to discuss your situation.