Do Prisoners Have Rights? 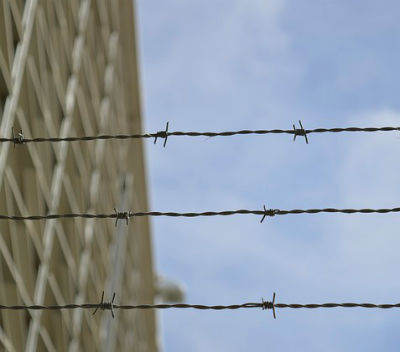 The recent prison riot at Lee Correctional Institute in Bishopville seems to have begun as a dispute over gang territory and contraband like cell phones. It ended with seven inmates dead and seventeen more injured, after a staff of forty-four guards found themselves trying to maintain order in a prison that houses nearly 1,600 men.

The riot and its aftermath exposed a serious problem with understaffing in both South Carolina prisons and in the prison system nationwide.

Some prisoners' rights activists like those at the National Action Network have asserted that the prisoners' right to safety was violated by the circumstances that led to last week's riot. We've heard more than a few people ask: Do prisoners have rights? What can a prisoner or their family do if they feel their civil rights were violated?

What Rights Do Prison Inmates Have?

First, we'll break down the basic rights that prisoners are afforded under the law.

The right to humane facilities and conditions: Before trial, a detainee must be housed in humane conditions and cannot be treated as guilty before a verdict is given. They are also protected from "Cruel and Unusual Punishment" under the 8th Amendment, which means that certain living conditions (a lack of toilet access or a vermin infestation, for example) can be considered a Constitutional violation.

For those who remember the Attica prison riot in 1971, fixing inhumane living conditions made up a large part of the prisoners' demands.

The right to be free from sexual crimes: An inmate has the right to not be subjected to sexual crimes, including sexual harassment. The Prison Rape Elimination Act, passed unanimously by Congress in 2003, was intended to be the first step towards the elimination of sexual crimes committed against prisoners.

The right to be free from racial segregation: Inmates cannot be subjected to racial segregation, except in specific cases where it is deemed necessary for prison security and preserving discipline among inmates.

The right to express condition complaints: Inmates have a right to complain about prison conditions and to have their complaints heard by the courts. Inmates should not be subjected to punishment simply for complaining about their living conditions within the prison.

The right to medical care and necessary medical attention, as needed: Inmates cannot legally be denied needed medical care and treatment for short-term or long-term illnesses and conditions. The medical care provided must meet basic standards of care.

Also, mentally ill prisoners do not have the right to a full hearing if being required to take anti-psychotic drugs against their will, as long as there is an administrative hearing before independent medical professionals.

Are Civil Rights Limited in Prison?

Certain rights that many of us take for granted are heavily limited when applied to people who are imprisoned.

For instance, a prisoner's First Amendment right to free speech may be limited in order to preserve discipline and maintain security within the correctional facility. This is why many prisons open mail directed to inmates to ensure it doesn't contain contraband or potential weapons.

Prison guards may not censor any portions of correspondence simply due to disliking what is said. (The censorship of mail was another large factor listed by the prisoners in the Attica riots.)

The right to privacy under the Constitution is heavily limited as applied to prisoners; they may be legally subjected to "shakedowns", or times when prison guards inspect their cells with or without warning in order to look for weapons or other contraband.

Inmates do have the right not to be subjected to intentional unauthorized deprivation of personal property by prison officials, which falls under the Due Process Clause in the Constitution.

What Can a Prisoner Do If They Are Wrongly Imprisoned?

If an inmate feels they are being imprisoned unlawfully, they can bring a petition for habeus corpus to challenge the imprisonment. To file a habeas corpus petition, inmates must first obtain a form from the appropriate court, fill it out with all relevant facts included, and file it i the same court.

If the court grants a writ, the warden generally will have about ten days to bring the prisoner to court for a determination of the truth of their claims. Groups like the Innocence Project have been working for decades to aid inmates who were wrongfully convicted and unlawfully imprisoned in finding justice and freedom.

What About a Prisoner Whose Rights Were Violated?

If an inmate believes their rights have been violated, they may have multiple avenues in which to seek redress, depending on the situation. Inmates deprived of their constitutional rights by a state actor may have a cause of action against them, under 42 U.S. Code Section 1983.

A Section 1983 action can be brought against a person only if they are acting "under color of state law". Liability lies against those "who carry a badge of authority of a State and represent it in some capacity, whether they act in accordance with their authority or misuse it."

Originally used to refer only to individual human beings, Monell v. New York City Department of Social Services expanded the concept to include cities and local governments whose customs, policies, or practices caused the deprivation.

If these rights are violated the injured party may be able to collect a monetary judgment against the entity or person responsible for the deprivation of those rights.

Filing under Section 1983 remains immensely procedurally complicated, with many elements that need to be carefully established before a claim can be pursued. It's essential to work with a criminal defense attorney if you intend to seek justice under Section 1983.

What Other Options Do Prisoners Have if Their Rights Are Violated?

Inmates may also begin taking action in court by going through the steps designated in the Prison Litigation Reform Act (PLRA).

Passed in 1996, the PLRA was intended to discourage prisoners from filing frivolous lawsuits, and as such contains a series of conditions that must be met for a prisoner to take their suit outside the prison system itself. The PLRA stipulates:

Speak With Legal Representation Before Filing

It's easy to slip up and make mistakes with the complex grievance system required for addressing civil rights violations against prison inmates. It's important for an inmate or their family members to speak with a legal representative who has experience in representing inmates in Criminal Defense cases. This person can walk the inmate and their loved ones through the process, making sure no deadlines are missed and that the inmate's claim clearly and adequately states their need for relief.

If you need to speak with someone further about Criminal Defense representation in Columbia, SC, or on behalf of someone who is behind bars, Bluestein Attorneys is here to help. We have experience working in the area of criminal defense, and we would be happy to sit down with you to discuss your unique situation.