Are There Driverless Car Laws in South Carolina? 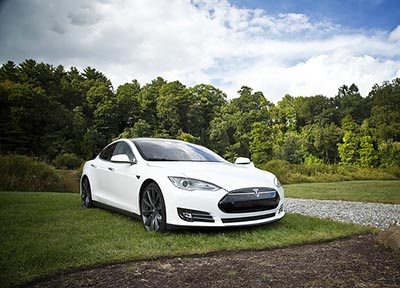 Driverless cars have been making national headlines since the original autonomous Tesla was first introduced.  Unfortunately, not all of these headlines have been positive.

While Pittsburgh and other Pennsylvania cities continue to grapple with the safety and regulations of driverless Uber cars, other areas of the country have seen these autonomous vehicles involved in fatal crashes when the computer failed to recognize the difference between a clear blue sky and the side of a tractor trailer on a busy highway.

Surveys have consistently shown that high numbers of current drivers are nervous or concerned about the potential for serious car wrecks involving driverless cars, with one national survey showing 3 out of 4 survey respondents stating they would be afraid to ride in a driverless car.

With autonomous vehicles like the Tesla S are on the rise, you may be looking at headlines like this (in which autonomous cars 'self-crashed' during tests) and wondering...

Are there any laws about driverless cars in South Carolina?

While twenty states have introduced legislation to regulate the use of driverless cars, only 12 states have actually enacted any legislation or passed executive orders passed concerning the issue. South Carolina isn't one of them, which essentially means that autonomous vehicles aren't subject to any specific legislation.

What does this mean for you? It means that autonomous vehiclesaren't banned, but they aren't exactly having the welcome mat rolled out for them, either. They're still far from common and even many drivers that have access to an "autopilot" driverless computer takeover don't really use it all that often.

If you are looking to operate a driverless car in South Carolina, you'll be subject to the exact same liability as any traditional vehicle and will be liable in many cases for car crashes you are involved in. Some drivers using driverless cars have attempted to hold Tesla legally responsible after car wrecks that occurred due to mistakes with the car's navigation system but for the most part these arguments haven't held up in court.  Examples of problems with the the car's navigation computer include not recognizing an obstacle or failing to navigate a tight corner since the autopilot programs often take very wide turns.  These failures could create problems on some of the twistier SC highways this can lead to some scary moments both for the driver and for anyone coming the other way.

Tesla, which was the first manufacturer to make a big push in the the autonomous vehicle market , has argued that their autopilot system is meant only to assist rather than to be given total control and that drivers are well-informed about the risks of taking their hands off the steering wheel or ignoring the road ahead.

If you are hit by a car operating on autopilot or are the victim of a hit-and-run involving a car utilizing autopilot, the at-fault party is still the owner/operator of the vehicle at the time the collision occurred (barring any serious system malfunctions).

Should You Be Worried About Driverless Cars?

The short answer is essentially, not yet.

Driverless cars remain so rare that it's very unlikely that you'd see them on a public road within our state. If you leave the state for road trips, however, you may want to keep an eye out. Despite the insistence  of car manufacturers that the system that governs the autonomous vehicle is meant to be an assistance system and not fully relied upon and that drivers should still keep their hands on the steering wheel, the operators of autonomous vehicles have been lulled into a sense of security in trusting "the computer" to do all the work for them.

Just as a pilot operating a plane still needs to pay attention to the other instruments and be aware and in control of the plane during the flight, no driverless car operator should rely on the car to do all the driving.

What Should You Do If Hit by a Driverless Car?

While you can partially rely on the basic concepts of what to do after a car wreck, the federal and state laws surrounding the use of driverless cars is new and sure to evolve rapidly as they obtain a greater share of the automotive market.

If you are involved in a wreck involving a driverless car, you should still get the operator's insurance and contact information as soon as possible. Then speak with a legal representative to ensure your rights are protected. BNTD Law has represented many clients after they were involved in automobile collisions, motorcycle wrecks, and wrecks involving tractor trailers, and we'll be keeping an eye out to see if South Carolina enacts autonomous vehicle legislation in the future.