How Do I Appeal a Court Case? 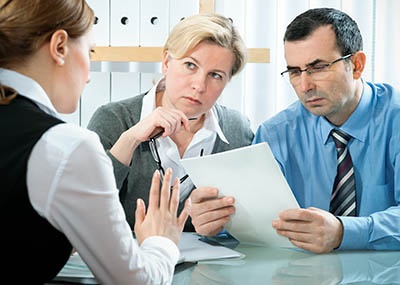 Were you involved in a court case and you feel that the outcome was unjust? You may be wondering if appealing your case is an option and just what goes into an appeal.

If you're considering speaking with a legal representative about the possibility of appeal, we have a few basic facts you may want to know.

How Do I Appeal a Court Case?

For the most part, the verdict in every type of court case is subject to at least one level of appeal.

You'll need a compelling reason in order to win the appeal, beyond simply disliking the outcome. Accepted reasons for appeal usually include:

An appeals court exists to review decisions of law and determine if the law was accurately interpreted and applied impartially to the parties involved. For instance, in the case of an appeal after a jury trial, the appeals court is not reviewing the jury, but the legal decisions made by the judge who presided.

If there was a jury trial, the appeals court will not rule on individual witness credibility, or make a decision as to whether testimony was honest.

The Appeals Court will instead determine whether the judge's decisions were correctly based on the law.

If you want to appeal your court case, you'll need to let your legal representative know as soon as possible. Please know that the appeal process cannot move forward until the trial court's final judgment is officially entered into the record. This could be as quickly as a few days after the trial ends, or take as long as six months. You or your lawyer will receive notice that the judgment has been entered into record in the mail — when you or your lawyer receive this notice, you will only have a limited amount of time to file for appeal, so contact your legal representative immediately..

What is the Process of Appealing a Court Case?

Once a party gives notice of their intent to appeal, the lawyers for each party will submit appellate briefs to the court.

While it doesn't always happen, often the lawyers will be granted a chance to make an oral argument as well, giving the parties the opportunity to further explain their respective positions to the appellate court.

The appeals court will then review the judgment and eventually hand down its decision.

Once the appellate court has made its final decision, any further opportunities for appeal will be limited.

Can I Appeal if I Won the Trial?

While there are individual exceptions, generally speaking you may not appeal if the outcome of the trial was favorable to you.

Many people ask if they can appeal if an award was less than they hoped for, or they did not receive an award at all due to other circumstances. In order to appeal, the trial's verdict must have a negative impact on you, not just be less positive than you had initially expected.

If you are the prevailing party in a court case, you cannot appeal. You and your lawyer may, however, end up defending the lower court's decision if the other party appeals.

I Want to File an Appeal. What Now?

If you feel that the verdict in a court case was incorrect and that you may have grounds for an appeal, you'll most likely wish to consult with an appellate attorney at that point.

Appellate attorneys have experience in drafting and arguing appeals, and will work hard to get you the best chance for a favorable outcome.

Bring your judgment, and any documents related to it, to your initial consultation with an appellate attorney. Be prepared to answer questions about what mistakes you believe the judge made in the course of the trial and why you believe an appeal would result in a change in outcome.

At BNTD Law, we have appellate attorneys with experience representing individuals as well as businesses in the appeals courts of South Carolina. We've handled federal as well as state appeals, and we'd be happy to sit down with you and discuss a potential appeal to your court case.