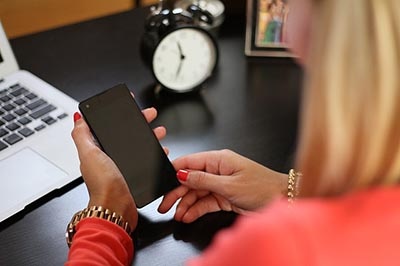 When you think of someone becoming a whistleblower, you may think of famous cases like Deep Throat and Watergate in the 70's, Mark Whitacre and the price-fixing case that made national headlines in 1992, the fraud investigator who discovered Bernie Madoff's crimes, and other headline-news events.

Being a whistleblower on fraud doesn't usually end up on the six o'clock news, however.

Often, it looks more like everyday American citizens who stumble upon fraud being perpetrated against the state or federal government. When these citizens bring this information to the light, they become qui tam (KEE-tam) whistleblowers.

Many whistleblowers work for the institutions or people they discover are committing fraud. If you have discovered that your employer is defrauding the United States government, you may wonder whether or not it's safe to bring your suspicions or knowledge to light.

Here are some tips for protecting yourself when becoming a qui tam whistleblower.

We are in no way saying to say nothing about your suspicions to anyone. What we are saying is not to become involved in what might be considered gossip. Telling your friends, the other parents at your kid's Little League games, or even just chatting with the cashier at your favorite gas station might end up with your employer becoming aware of your knowledge.

In a right-to-work state, you might find yourself unemployed and denied further access to the very documentation or information you need to prove your suspicions and protect yourself in a court of law.

Although the whistelblower in a qui tam case is often awarded a certain percentage of what the federal government is able to recover if the fraud claims are proven to be accurate, it is not recommended that a potential qui tam whistleblower ask publicly about these amounts or discuss potential monetary gains prior to their initial meeting with an attorney or legal representative.

Instead, speak with that legal representative as soon as you can. Bring along any documentation you've been able to procure that you think supports your suspicion of fraud being perpetrated against the state or U.S. government.

Employers committing fraud against the United States Government may rely on intimidation or threats of firing or other punishments in order to keep their employees from taking their knowledge to an attorney experienced in qui tam court cases.

As a qui tam whistleblower, you have rights.

What counts as "relief" under the False Claims Act?

The breadth and scope of the relief due to whistleblowers under the False Claims Act is under some consideration in the courts, so it's important to keep that in mind.

Third: Ask Yourself If This Fraud Is State or Federal

When you contact your legal representative, be sure to indicate to them whether you believe the fraud is against the United States Government or the South Carolina government (or both), as this may change the process and what steps your attorney may advise you to take for protection of your interests.

Fourth: Consider the Statute of Limitations

You may have as little as three years from the time you become aware of your employer or the person you know committing fraud against the South Carolina or United States Government to bring action under the False Claims Act.

You may be able to present evidence of fraud going back as much as ten years so it's important to keep this date in mind when you are collecting documentation and scheduling your consultation with a legal representative.

Qui tam cases under the False Claims Act can be very complex and complicated to maneuver, and you'll want to know the ins and outs of what to expect before any litigation really begins.  As such, we strongly recommend that you not take your knowledge public without prior consultation with an attorney or other legal representative if you plan to bring a claim under the False Claims Act.

Check out our first post on qui tam cases in South Carolina to help you understand how to get started.

Searching For A Qui Tam Attorney in Columbia, SC?

If you suspect your employer or another individual of defrauding the state or federal government, it's important to meet with a legal representative right away. Whether you're working for a large defense contractor committing fraud or you've been the witness to Medicaid or Medicare fraud, it's important to have a good idea of what will happen during any court cases that may occur and what percentage of the potential financial recovery you may be entitled to under the False Claims Act.

At BNTD Law, we have experience working with qui tam whistleblower cases in South Carolina, and we'd be happy to meet with you to discuss the unique situation you have uncovered and help you to decide on your next step. Contact us by phone at (803) 779-7599 or contact us online today to request you FREE consultation!